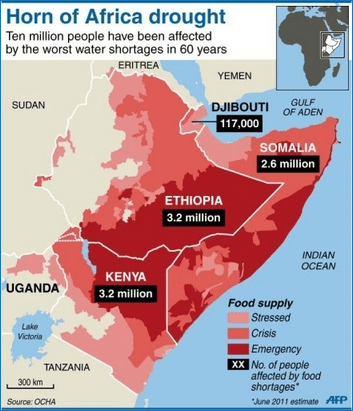 The situation in northern Ethiopia remains tense and unpredictable due to the ongoing fighting in Tigray, Amhara, and Afar. More than 50% of the people affected and displaced by this crisis are children and women, a significant number of whom are pregnant and lactating mothers. Among these are also extremely vulnerable female headed households, or those with elderly relatives who have lost everything in the conflict. This has been very difficult particularly for those from the Wolkayit and Humera areas who were wealthy before the crisis.

Shortage of food, abduction, assault, health problems including mental disturbance are a few of the issues experienced by women and girls due to the crisis.

Child trafficking is the most recent threat currently experienced by girls and boys in the region.

The humanitarian situation in Tigray, the northern region of Ethiopia where conflict erupted in November 2020, remains dire. In neighbouring Afar and Amhara regions, the conflict continues to affect civilians resulting in increased food insecurity and displacement, as well as the disruption of livelihoods.

In Amhara, hostilities have led to the displacement of hundreds of thousands of people in North Gonder, Central Gonder, South Wello, South Gonder, and Awi Zones.

The conflict also risks becoming a regional crisis, as Sudan, Eritrea, Somalia and other countries in the region are being pulled into the conflict.

Food continues to be the most urgent need in Tigray, with an estimated over 400,000 people suffering from catastrophic hunger levels according to the latest food security analysis (Integrated Food Security Phase 5 Classification).

For the second time in less than forty years, Ethiopia’s northern region of Tigray, is experiencing its second conflict-induced famine.

Words cannot express the deep sense of grief and sadness that we feel as we observe the terrible physical, emotional and mental toll paid by thousands of children, women and men who live in war-torn regions; the hunger to which hundreds of thousands of Africans fall victim every day; and the injustice that deprives so many of their opportunities in life.

We are keeping alive the hope for a future in which they can live in peace.

The crisis affected the whole Horn of Africa region with 13 million people in need of emergency assistance in Somalia, Kenya, Ethiopia and Djibouti at the height of the crisis.

Our vision is of a prosperous and peaceful African continent where every child has access to healthy food on a daily and regular basis and is enabled to reach his or her full potential.