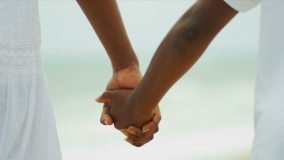 Most child abuse occurs within the family and a majority of children we have been privileged to serve and work with over the years report having been victims of some form of child abuse. Although it is certainly true that child abuse also occurs outside the home – in schools, in religious settings, in state institutions and in the community, – most often children are abused by someone they know and by someone they see every day.

The impact of child abuse on children can be long term and damaging and those who were abused as children are far more likely to become offenders, thus perpetuating generations of dysfunction and denial.

It takes a village to raise a child and as members of the wider community, we all have a role to play in ensuring that children are safe from violence, abuse, molestation and harassment. Sharing  responsibility  for  the  care  and  protection  of  children  helps  to  ensure  that  all  children  are  safe  from  harm and are cared for in a way that allows them to reach their full potential.

Child abuse and neglect can happen to any child but children with disabilities, children without the care and protection of a family and child domestic workers are at greater risk of maltreatment including sexual abuse, child labour, trafficking, bullying and emotionally violent child discipline.

Parents who place their children as domestics in the households of strangers are naively convinced that the promise of a better life and education represents a genuine opportunity for their girls and is also a panacea for their own problems. They fail to realise that the isolation of child domestic workers from their own families and communities, lack of self-esteem, illiteracy, and possibly pregnancy as a consequence of sexual abuse, frequently lead to the descent into prostitution of a child domestic worker dismissed for the most cursory of reasons.

Another alarming trend has been the increase in the number of children sold by their biological parents around the country. It beggars belief! It seems the extreme poverty and misery in which so many Nigerians are plunged into have distorted their thinking patterns and led them to resort to negative coping mechanisms to survive.

In an attempt to trigger action and create a safer society for children, we published a video entitled Stop Child Abuse. The video is available in English and French on our video gallery and on our YouTube channel.

On International Day for the Elimination of Violence against Women & Girls, November 25, 2021, we launched a video titled “Stop violence against Girls” to sensitise and mobilise communities to take concrete action against the abuse and exploitation of girls such as school kidnappings, forced domestic servitude, child marriage, child prostitution, child pornography, child trafficking, traditional harmful practices and sexual violence committed against girls during armed conflicts. The video is available in English, French, Spanish and Portuguese on on our YouTube channel.

We encourage others to play an active role in helping to change practices and attitudes, raise awareness and combat violence against children by sharing these videos with their family, friends and colleagues.

Our message to perpetrators of child abuse is STOP IT NOW and seek professional help immediately! Child abuse is not a problem child abusers and molesters can handle on their own, outside forces are usually necessary to get offenders to come to grips with the inappropriate behaviour and break through their denial system. But understand this, if you are a child abuser, there will be no place for you to hide.

Child Abuse: An Ounce of Prevention Is Worth a Pound of Cure

An ounce of prevention truly is worth a pound of cure! The most effective way of protecting children from all forms of abuse and exploitation is prevention. It is generally acknowledged that it is better to take steps to prevent child abuse, neglect and exploitation than to deal with its consequences.

Child abuse is often a taboo topic but given the alarming and growing numbers of child abuse and neglect cases, there is a need for accelerated action to tackle the issue of child abuse.

Reporting child abuse or neglect is the responsibility of anyone who sees or suspects it. If you have a reason to suspect a child is experiencing harm or is in danger of abuse, neglect, incest, sexual abuse, child battering, child-selling, child labour or child trafficking or if you are a victim of child abuse, please notify:

Please note that House of Mercy Children’s Home Lagos, Nigeria (HOM) does not accept responsibility for the accuracy of any information accessed outside our website or any information which is obtained from any such third party.

While not all suspicions of child abuse and neglect prove true, protecting vulnerable children is certainly worth the risk. Doing nothing while a child could be suffering is a far greater tragedy than the inaction of being wrong.

It is time for everyone to step forward and address this terrible epidemic. Children deserve nothing less than our constant focus on their safety, and our firm commitment to protect them from mental, physical, sexual and emotional abuse and neglect even if their parents or guardians are unwilling to do so.

“Throughout history, it has been the inaction of those who could have acted; the indifference of those who should have known better; the silence of the voice of justice when it mattered most; that has made it possible for evil to triumph.” ~ H.I.M Haile Selassie 1