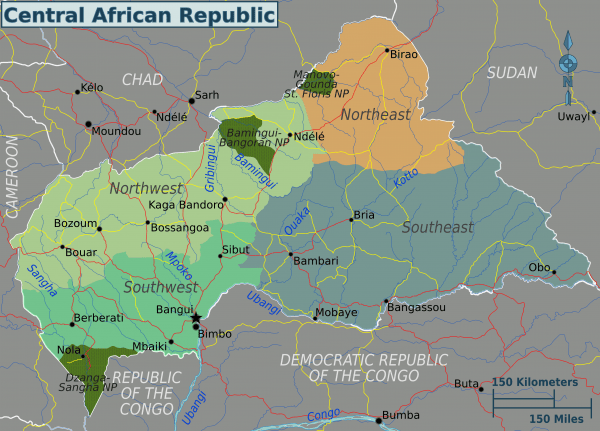 In 2016, House of Mercy Children’s Home, Lagos, Nigeria (HOM) once again contributed to ongoing efforts to provide emergency assistance to children in crisis in Central African Republic (CAR) while also helping the people of CAR to rebuild their lives in safe, healthy and productive communities.

Since the outbreak of sectarian violence in 2013 in Central African Republic, at least a million children have been affected with more than half of the population in need of aid and around 20% of the population are displaced within the country or living as refugees in neighbouring countries.

On 26 September 2015, violence broke out yet again in Bangui, capital of Central African Republic, forcing thousands of people to flee and seek shelter and protection.  Children have been forced to flee their homes with little or no access to basic services or assistance and many have stopped attending school.

Central African Republic is surrounded on all sides by conflict-affected countries like Democratic Republic of Congo, Southern Sudan and Chad.

The conflict displaced over half a million people in the capital, Bangui, alone. Children were badly affected by the upsurge in violence, forced to flee to overcrowded, unsafe temporary camps where they were vulnerable to violence and disease. A great majority of children suffered trauma, were torn from their homes, separated from their families and witnessed or experienced violent attacks.

Conflict takes a terrible toll on children and on their access to a decent education, which for many is their principal hope of a better future. In many countries, government forces, militias and guerrilla groups continue to recruit, forcibly enlist and abduct children for use as soldiers. The injuries, psychological trauma and stigma suffered by many child soldiers compound the challenges they face trying to catch up on lost years of education.

‘Lest we forget,’ the phrase that sums up the spirit behind war commemorations, urges us not only to remember the war dead but also to strive to protect the thousands of children around the world who continue to be recruited for use as soldiers.

Our vision is of a prosperous and peaceful African continent where every child lives in safety and dignity and is enabled to reach his or her full potential.